As a kid, I always had way more guy friends than girl friends, and I wanted to look and dress like a boy. Even my parents were convinced I was a boy. My mom wanted to name me Ben, but my dad said "No!" because people would call me "Bengay" - which is kind of ironic considering how that all turned out. 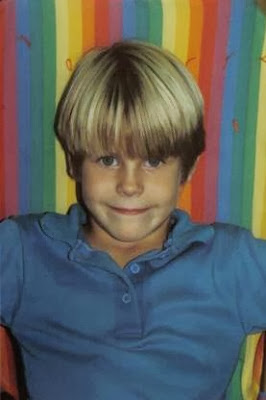 Thankfully, my parents let me express myself the way I wanted and do the hobbies I was interested in.

It is hard to pinpoint the age, but I guess I always knew I may be different. Especially since the girls I was friends with didn't want to look like a boy or build forts.

As you get older, you start to realize being gay isn't the norm, especially in a small town in middle America.

Although being made fun of hurt my feelings, I never let it get to me. I was determined to not let anyone see it hurt me, and eventually I grew thick skin and slowly stopped caring what people thought.

My first girl crush was on Jennifer Aniston, but I wasn't legitimately attracted to a woman until college.  I didn't get to officially "come out" though, as my college roommates told everyone after they saw me sneaking out a girl who had stayed the night with me.

Today, I guess I am almost a poster story for having the most supportive friends and family, who have Platinum PFLAG status. I am so thankful for them, my wonderful friends, and the accomplishments of my chosen career path.

I've known I was different from the first moments of my self awareness. I came from a mixed marriage that turned into a violent household. My father's family was Jewish and I never felt that I was part of that community. I always felt safe with my mother's family, who lived in a small town in Central Ohio. 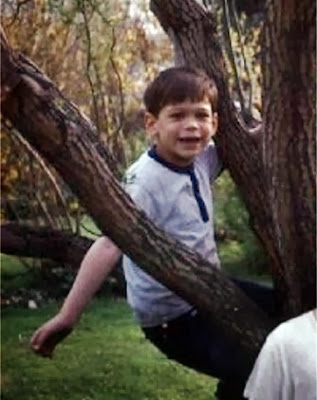 Until I was age 5, I was pretty much a rough and tumble boy.
I was obsessed with playing with cars, riding my bike, and doing everything else that boys did.

The only real love that I received was from Leatrice, a woman my father hired to help with house cleaning. I adored her, and she was my world.

My first inkling I was gay was around age 4, watching Batman and hoping his costume would rip open. I can't explain it, but each episode I hoped it would happen. Of course it never did, but I never stopped hoping.

I later found copies of my father's Playboy Magazines and tried to will myself to find those women attractive. But when we would be at a pool, I was obsessed with the men in their swim suits and seeing their chests.

I became very body conscious at a very young age, and became painfully shy around other guys. I was skinny and didn't like to fight. I hated gym class because I thought I would get a hard-on in the locker room and would be made fun of.

My home life was violent and unpredictable, and I had no safe haven.
And I was bullied in school. I was beaten up. And I was called a fag.

The "normal" people in suburban Ohio in those days did not acknowledge gay people. I had no mentor, no one to look to for guidance. I just wanted to die and be wiped from the face of the Earth, because I feared I would shame the family.

My coming out happened in January 1983. I saw that gay men were just like everyone else, and we were everywhere and doing everything that "normal" people did. And I also understood that when you hide who are you, you give total power to the negative people around you.

While it took me 20 years to get there - and everyone's journey is different - it was such a relief! And the reward? I made it. And I made my now-deceased parents both understand that they didn't "do this to me," but that I am who I am, and that I was born this way.

My partner and I have known each other for 32 years and we've been together for 16 years. And all of those years have been warm, loving, and supportive.