Growing up in an immigrant family from Russia, I was everything that nice immigrant children weren't supposed to be: outgoing, chatty and not interested in becoming a doctor. I can't recall sensing I might be gay, but I definitely recall having crushes or "falling in love" with different women in my life: the third grade teacher  whose class I wanted to be in, the friend I always wanted to stand next to in ballet class, and the blonde camp counselor who always left me speechless. 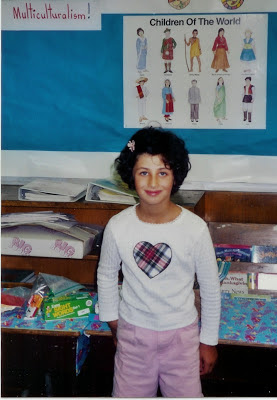 And also the girl on my school bus in 8th grade. I would instigate silly drama with her just to get her attention.

I even told her that a guy friend liked her, just so she would call me to talk about it.

As I got older, I definitely knew that girls interested me in a way that guys never did.

Despite the feelings that I developed for girls, I never truly thought I was gay.

Because that just didn't happen in Russian families, and I knew there was no way that could happen in my family, or in my culture.

When I finally entered my first relationship with a girl at age 20, I couldn't even acknowledge that same-sex attractions were normal for me. But I soon had an epiphany and I just knew. And it felt so wonderful to understand myself in a way that I never had before: I am gay.

And I felt so light, as if I could fly. My life made sense for the first time. I told my closest friends and we just laughed about it. My friends treated me the way my parents should have.

My parents will never be happy that their daughter is gay, but they have come a long way in a few years. I know they love me, and our relationship has grown significantly since I first told them. I'm learning to forgive them for their initial reactions, which were less than kind.

I recently came out to my two male cousins and my grandmother, who is my biggest ally. They were both super supportive. One cousin, a health freak, said,
"As long as you don't eat dairy or gluten, I don't care."

I've always known that I was extremely lucky to have been brought to America at a young age, but that feeling has never been stronger than it is now. I'm thankful that I am thousands of miles away from Russia's virulent, violent homophobia.

This was snapped on my first day of school, in a place called "Liberator Village." "Liberators" were bomber war planes made in a factory there, and my tiny Mama crawled inside their wings and welded things.

Back then, kids couldn't start school till after their 6th birthday. But because Mama didn't want me to wait till I was nearly 7 to start, she falsified my birth date so I could start when I was still age 5.

Because I read well, I was quickly promoted to 2nd grade. Although lonely among older kids, I wasn't afraid of school.

One summer, I had lured neighbor boys into the schoolhouse's deeply-recessed doorways to play "You show me yours, I’ll show you mine."

I never had problems about my gayness. Because homosexuality was so feared,
no one ever talked about it or warned me against it. So I wasn't indoctrinated.

Also, I read Sappho, Catullus, Isherwood, and Auden early, and it was actually harder being smart than it was being gay.

I was beat up through high-school for "carrying too many books." Although both straight and gay boys attended my notorious "slumber parties," they were afraid to befriend me in everyday life.

Thus, I lived vicariously through movies and books, and instead of having steady boyfriends, I secretly worshiped movie star Tab Hunter.

Later in life I was alone and maladjusted. I dropped out of college and was thrown out of the Air Force. I fortunately visited New York and wandered into the Caffe Cino, the first Off-Off Broadway Theatre - and the birthplace of gay theatre.

And it was there, at last, that I found artistic, intelligent, gay friends and lovers. Though I was openly gay, I had an international playwrighting career.

I've always been gay, and looking back at my photos, I cant figure out why everyone else was surprised. And yes, I'm the boy on the right, hand on my head. 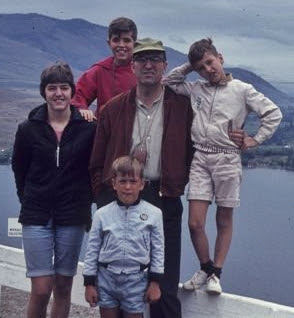 I guess it was because I always had a best "girlfriend" and so people thought there MUST be something going on romantically between us.

I was always "creative" and "whimsical" and I loved to sing and dance.
And I was into everything "artsy."

I was never bullied but still felt I was missing out all through school, as all my friends had boyfriends or girlfriends. I took my guidance counsellor's advice and waited til after high school to come out to my friends.

My mom cried a little when I told her a couple years later, but she assured me that she would always love me. She called back a week later and said she was having a little trouble because she didn't want me to be alone.

I told her I had just met a very cute boy, and he eventually met my mom.
Well, it's 32 years later and we're still together!!!
And it is still getting better and better!