I grew up in a small Hungarian village, and I never encountered the subject of being gay until I started to read books and watch movies on my own. So even then, my first LGBT discoveries were in the fictional world. 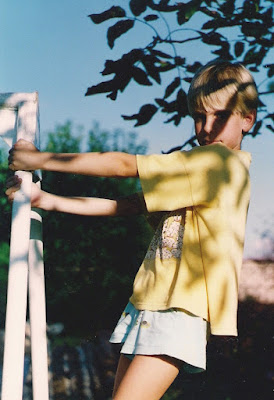 I was a weak and sensitive kid. But I always had some good friends, who were mainly girls.

At age 6, I wanted to start ballet classes. But my father wouldn't allow that, so I learned karate instead. And surprisingly, I was quite good at it.

Until age 11, everything seemed normal, even neutral. Then puberty hit, and things changed with my crush on Liam Aiken from the movie "Stepmom."

We had no internet back then, so I literally started to search for other movies he was in, and I watched everything I found. However, it never occurred to me that I might be gay.

At the time, I figured I just wanted to look like him, because he was so gorgeous!

Later on, I tried to have girlfriends, but when I closed my eyes, I always imagined I was with boys. Even then I didn't suspect anything. I thought it was just part of developing my identity. At age 17, I started to date a female classmate, and we were together for four years.

Later on while attending college, I started to consider the option of dating boys.

I didn't get religious education, and my parents were less conservative than the rest of our village. And yet, my family always asked me if I already had a girlfriend or not. It took them an unnecessarily long time to discover my truth.

I came out slowly, but every single person was incredibly supportive.
And many of them said, "Finally!"

Today, I live a happy life with my fiancé now, and I don't regret the long time it took to get here. Things take time, as a friend of mine keeps saying.

My word of advice to gay kids today is: Don't be scared.

I was known as Little Lenny, the "City Boy" with wild west affiliations combined with an English bloodline. My great grandparents were pioneers to the West and were among the earliest ranchers and silver-mining adventurers in Southern Idaho. I have a little Native American blood, too. 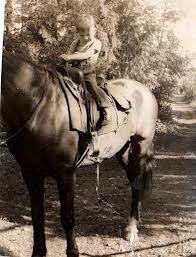 I always felt different deep down. You know what I mean? As a young child I slept outside in the summertime and stared up at the stars, pondering:

Where does life end?
How far is infinity?

Nobody knows everything, but I knew being different was unanswerable even then. I had no choice but to go along with life and take a ride.

From my earliest memories I knew I was not like everyone else. But I didn't know what "gay" actually was back then.

People mostly liked me, but I do have an older sister who sent me to the emergency room after various baby-sitting "accident" occasions. Truthfully, I would call those homicidal inclinations.

I still have scars, and I call her "the assassin" to this day. She pretends she doesn't remember any of this because I was an "adorable" child. Yeah, right.

I know that life can be a double challenge for LGBTI people of all nationalities and races. I come from hearty English-American stock and we keep on moving no matter what troubles we encounter. It's the American Way!

I also know that we are everyone's child, sister, brother, co-worker and best friend. Gay people are a part of life and we share our lives with everyone.

Nothing can change that fact!

I am now 72 years old and an active artist, and I live at the foot of an active volcano in Central America. I have always loved my life, and I still love my life.

And I still stare up at the stars in the heavens and feel inspired by life around me. The life I have been given is the one I deeply enjoy and am grateful to always have had. So for all the young gay kids reading this now, I will tell you: