I ran across this picture in a box of photographs. I don't even remember taking it. My mother used to like to dress me up and I was a bit of a mama's boy. 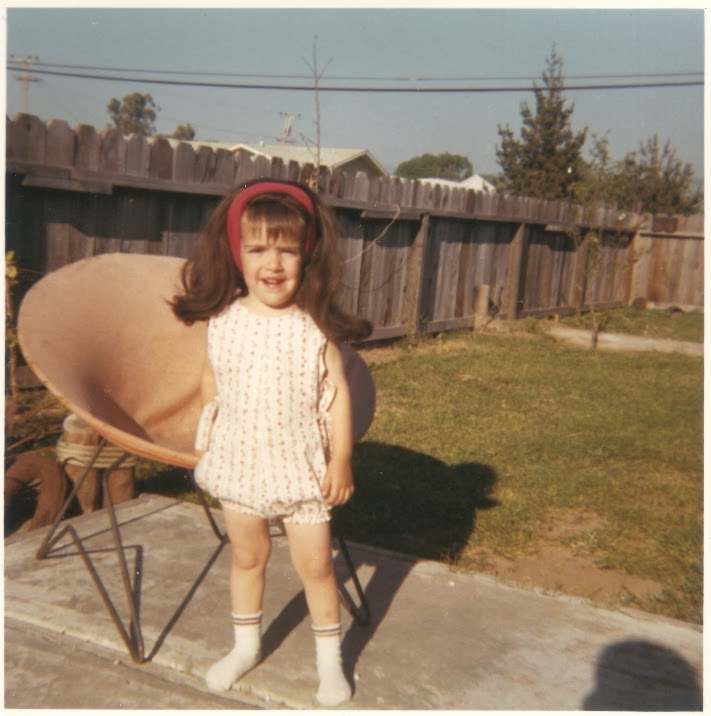 My parents had some inkling I may have been gay and I was told that I was taken in for tests. All I could imagine was a doctor holding up paint swatches,
or pictures of accessories, asking me: "Do these shoes go with this purse?"

As I was a small kid, school was rough. Grade school wasn't that bad, but once I got to high school, it became worse. I was thrown in many a trash can, had food dumped on me, and other kids would scream names at me. So I spent a lot of time in the theatre - aka the cafetorium - and made it my safe place.

I remember riding my bike home one day when this group of kids ambushed me and threw large cement nails at me, hitting me in the face and head. Or the ones who surrounded me and pulled out a switchblade. Thankfully, a friend pulled up in his car and saved my life.

Everyone basically knew I was gay, so coming out was kind of pointless. When I came out to my mom, she made me sweat through the entire process. After going through that agonizing moment, she just laughed and said they had known my whole life. I thought it would bring us closer together, but it didn't.

However, my father has been my true hero through it all. It was on July 17, 1986 when he said he was proud of me.  I wrote it on may calendar.

Later I went to a performing arts college, so I felt totally comfortable. I remember the moment I made it clear to the wig mistress. She asked if I was straight, and the world just stopped and went into super slow motion. It felt like an eternity before I said, 'No, I'm gay' and she didn't even miss a beat.