Here's my brother Rick dressed as Davy Crockett's wife Polly and I'm dressed as his husband Davy. He carefully draped cloth over his head to make lovely hair and wore a bath robe for her beautiful dress. He placed a piece of white cloth on my head (which is supposed to be a coonskin hat) so I could be his husband. 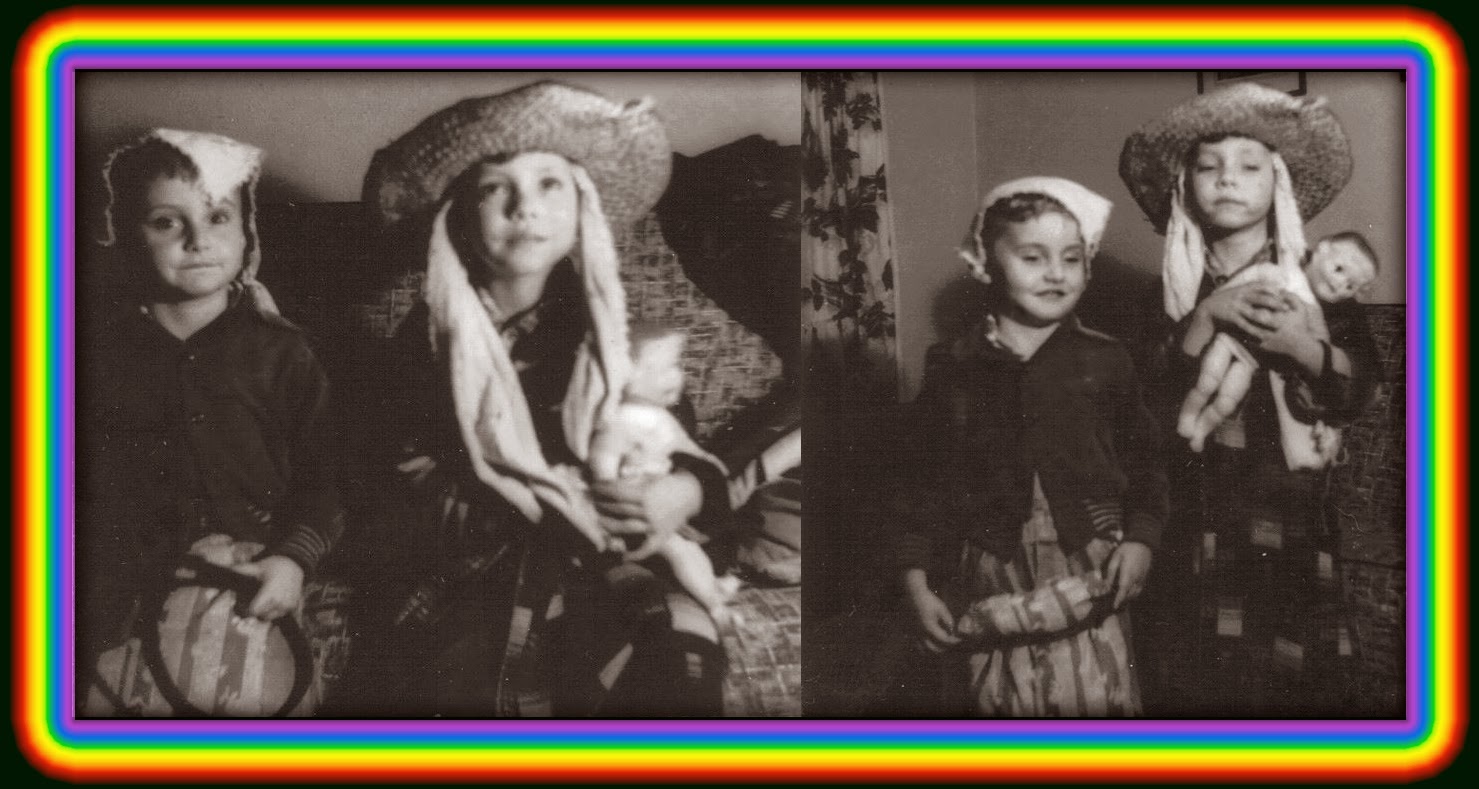 I decided Davy needed a nice dress also, so I tied a belt around a brightly colored pillow and placed it in front of me as a skirt. Then we added Ricky's prized "Tiny Tears" doll as our darling child to complete the picture.

When Daddy saw us, he was not interested in taking a picture, so Ricky sent me to do it. I was the baby and still Daddy's favorite, so talked him in to it. I waited until my mother had had a few cocktails and then went in to convince her to get Daddy to take these pictures.

He was willing to take my picture but did not want to take Ricky's.

"But you have to," I told him. "He is my wife. Davy loves Polly very much."
Daddy thought this was very funny and took these pictures.

Later we saw a faux coon skin at the store and I was asked if I wanted to try it on. I did, but when I felt the tail I freaked out and started crying. When they asked what was wrong, I said: "He killed that cat!"

In 5th grade I broke with Davy Crockett for good when I wrote a school report about the U.S. government's policy of exterminating buffalo to destroy Native American culture. I also discovered that Davy was an alcoholic murderer and racist who killed a black man and got away with it, claiming he was too drunk to know what he was doing. I titled it "DAVY CROCKETT WAS A MURDERER!"