Growing up in in the 1970's in Cuba, I had never heard any official talk about gay people. But, the only time I did hear references to gay people, it was always derogatory. I do remember that I was never allowed to speak ill of people that were perceived as gay. I had a gay cousin and people always made fun of him.
If I had ever joined in to insult him, my mom would’ve smacked me! 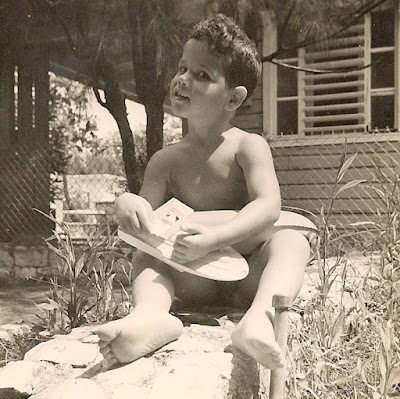 My first memory of realizing I was different was when at around age 6 or 7 when I found a packet of pornographic photos. The sex described and shown was totally heterosexual, but my eyes were glued to the males in those photos.

As I didn't know about gayness or sex, it wasn't about that. It was just something within me feeling - different. I always had crushes on the cutest boys in my school, but I never thought about sex until age 15.

I'd met this kid from the neighborhood that was very cute and who wore the sexiest red Speedos. But I never acted on the fantasies I had about him, though. I dated girls and even had sex with them. It was not entirely unpleasant, so I never felt the awkwardness that some kids growing up gay feel.

I thought 'WOW! This is what it's all about!' Soon after that, I started my quest to find a mate, and in 1992 I met my now-husband.

One night he left me a phone message and told me that he loved me in French. My mom heard it and asked me why he had said he loved me. I simply said,
'He is my boyfriend.' And she simply said, "Oh, OK. As long as you don’t become effeminate, it's OK with me!" And that was how I came out.

So I guess you could say I had it a little easy.

I did not feel the depression or heartaches that most of us go through. One of my girlfriends had a bit of a problem when I told her, but it quickly vanished and we remained friends until the day she died.