In the 6th grade, I found myself looking at my classmate Steven, and thinking about his cute butt. This frightened me, because I knew I should only have those thoughts and feelings about girls. I had been told that homosexuals were 'alcoholics who have sex in alleys,' and they were 'filthy, amoral individuals who should be condemned,'  and not even pitied. And, that they ended up in jail. 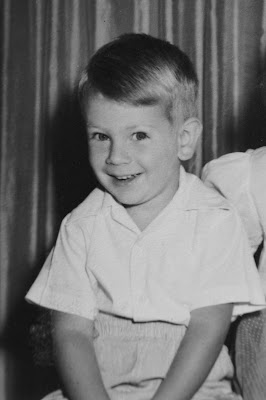 At age 17, I had a crush on one of my best friends which I only later expressed by mail when we went to colleges on opposite ends of the country.

He eventually stopped responding to my letters.

During my college years, I had romantic relationships with two girls and was attracted to several others

I really wanted to have a girlfriend and eventually be married. However, I was only physically attracted to my male classmates.

I was determined not to be gay, but I couldn't deny my feelings.

During my 20's, my pattern was to develop close, non-physical friendships with my male friends, and after many months, pursue a physical relationship.
While they rejected those advances, not one of them rejected me as a friend.

During the early to mid 70's, gay support groups began to develop on college campuses. I hung around one outside once, but I never went in. My eventual first physical relationship was with a male I had known for 12 months and for whom I was an "experiment" gone awry. Meaning: being gay wasn't for him.

At age 30, I was up late with an older woman I worked for who was attempting to seduce me. Getting tired of the charade, she finally blurted out:

I eventually lost 60 pounds, got fit, cut my long, 60's-style hair, and decided to look for men whom I knew were already gay. Duh, lightbulb moment! My first gay night out started at bars in the Los Angeles area: The Rawhide, Woody's Hyperion, The Apache, and The Eagle. When I walked into The Rawhide, I knew that I was finally where I belonged. Actual tears of joy!

Next was coming out to my three sisters and parents. I made an appointment at my father's office to have "the conversation." He started by saying, 'Your older sister married that horse's ass we told her not to marry. And now they're divorced, and she's living with a man who is ten years younger than her!'

I only wanted to tell him that I'm gay, but he launched-forth again, saying:
'And your younger sister is dating a damn Mexican!' As he looked appalled.

I waited a week to tell him. I think he already knew but didn't want to face the inevitable. He asked me, 'Is this something you want to do or something you feel compelled to do?'  I just said, "Both." His face filled with disappointment and resignation, and he asked: 'Is there anything I can do to help?'

Both my parents were accepting of me, but just barely.

I spent 20 years of my life rejecting my true self -- what a waste. If I had it to do all over again, I would have started in high school to develop positive, physical relationships with male friends, instead of avoiding my true feelings.