This picture should have given my family some clue! This Norwegian boy on the left was a childhood friend, and I have a look on my face like, “Look! I got one!” 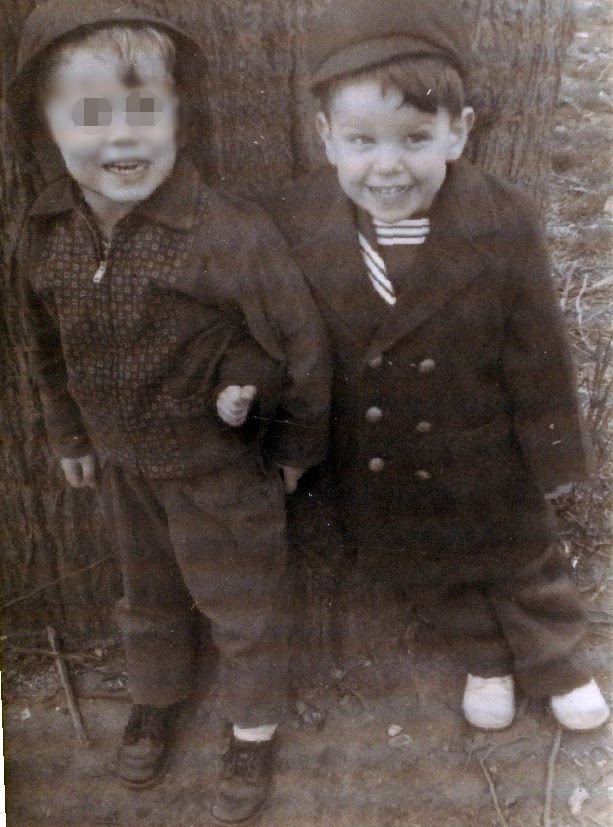 As a kid, I loved TV shows that featured boys around my age, like Eddie Munster and Will Robinson on "Lost In Space."

I also remember watching the original "Mickey Mouse Club" on TV. While most other boys were crushing on Annette Funicello, I was crushing on Cubby!

But elementary school was a very difficult time for me.

I got bullied and beat up a lot, but I didn’t really know why;
I just thought that’s how school was.

By junior high, kids had apparently picked up on me being gay, because the bullying definitely took on a homophobic aspect. Of course, self-preservation caused me to deny it, and I had girlfriends all through high school. Probably because I was easy to talk to?!

After high school, I went through a very difficult time in a very homophobic church. After what could only be described as spiritual and emotional torture,
I left. Within a year in 1980, I was instrumental in founding the world’s first LGBT-affirming Apostolic Pentecostal church.

Most of my family took my coming out very well.

To celebrate, my aunt Lois called a friend of hers, and together they “raided” a gay bar in Asbury Park, New Jersey, where Lois played matchmaker for the guys inside, deciding who looked good with whom!

Presently, there are many positive LGBT role models, and I hope LGBT kids will look to them for encouragement and affirmation.