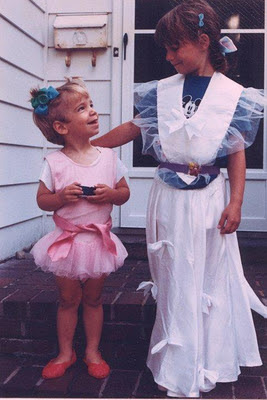 Even though I didn't realize it until I was in my first year of college, my parents knew I was gay when I was 3-years old.

On Christmas Day of 1991, my parents got my sister a dress and got me a tuxedo.

I burst out crying when both gifts were opened, because I wanted a dress like my sister's.

They returned the tux and bought me a dress instead. And I wore that thing, and my pink jelly sandals, until they both were worn out.

As you can see, I was still wearing them both during summer 1992, as seen in my photo.

OMG THIS IS SOOOOOOO SUPER CUTE! THIS WAS REALLY GOLDEN. YOU ARE A JUST A YEAR OLDER THAN ME LOL

This one is so adorable.

That is just so lovely of your folks to be so understanding and unworried about what other may have thought.
Awesome

OMG that has to be one of the cutes pics I have ever seen in my life!

My love of this picture knows no bounds...