Growing up, Halloween was always my favorite holiday. This hasn't changed much since I was young, but now I look back on my love for the holiday in a much different light. I think it was the attraction of stepping into the skin of someone who wasn't me that spawned my interest. This lead to me dressing as multiple women during my childhood. 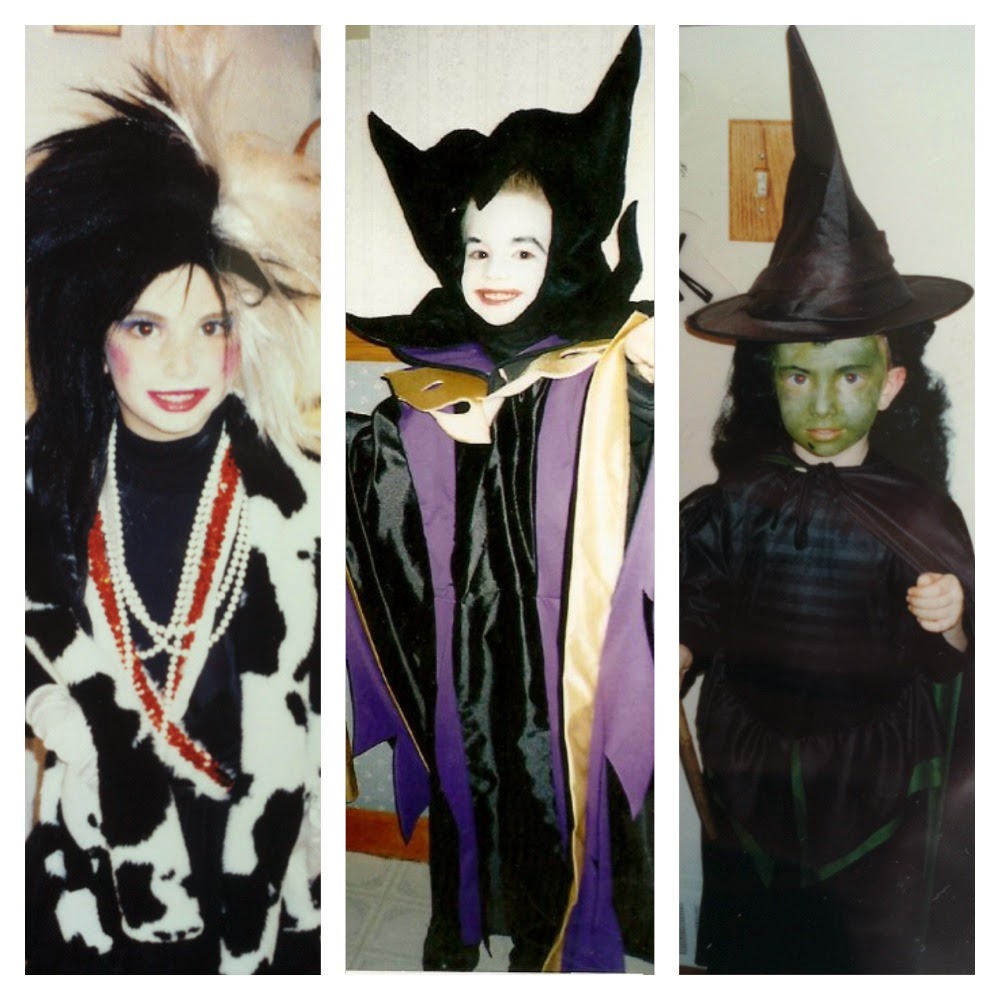 Having been reared on nearly every Disney movie, I was immediately drawn to the female villains. These women were not merely evil (something that I was not), but they were supremely confident in who they were (something I also was not). But above all else, they were interesting.

You can leave your princesses behind, and give me an evil queen any day!

I lived for the time of year when I felt confident enough to dress up as one of these powerful women. In hindsight, I give tremendous appreciation to my parents for allowing me to dress in this way year after year.

We live in a time when something like this can go viral on the internet if given enough traction. I can only imagine it was much more taboo in the mid 1990's.

However, my parents never batted an eye at it, and I think the pictures show that my mother had a fun time herself putting the ensembles together.

It wouldn't be until over a decade later that I managed to find the courage within myself to come out of the closet. Yet I can't help but wonder how surprised my parents must have been, if they were surprised at all.

Although it took time, I feel as if I've finally managed to grasp the confidence and power that made these women so interesting to me.