I'm from the South New Jersey shore. Philadelphia was our big city. Home was a beach town, so it was empty in the winter. Empty except for the “locals,” and being gay was a concept that didn't fit in with the “local” mentality. My parents were decent people, but they were locals, too. 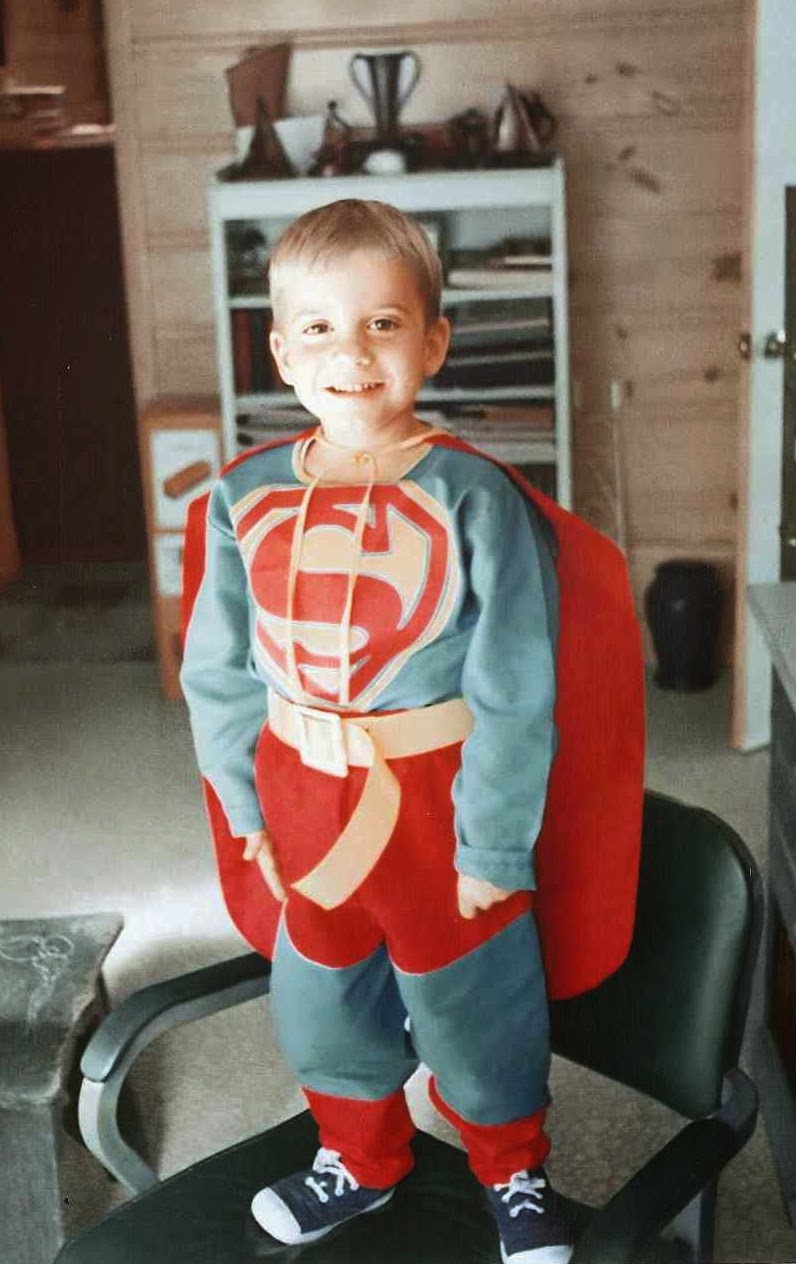 Being gay was a tough and lonely journey for me. I thought the boys were cool, but it was because I was attracted to them. I know that now, but I didn't back then. I attended Catholic schools, and had no issues about that.

My photo was taken by my grandfather, with me atop my father's desk chair.

I loved superheroes as a kid, as they were people with great gifts who just seemed so "normal" on the outside.

Their “secret” was their hidden powers.

Suddenly, they became super-special, the people they really were. They stopped hiding. That transformation is the core idea that got me through it all.

As a kid I also loved Lee "The Bionic Man" Majors. He was the perfect real-world superhero: handsome, bighearted, strong, and sweet. And for vision and resolve, to overcome and triumph, I admired Abraham Lincoln. His story is amazing.

My parents were crushed when I came out. It hurts a loving child so much to disappoint his parents. But in time, that healed.

Today I live in Puerto Rico and I'm a successful lawyer. And being gay never kept me from anything. But I kept myself from things. Until I remembered that we are here to be a point of light in the world. Then, suddenly, everything began to change. I also fully realized that I was born this way.

I already had everything I needed to be who I am meant to be.
And when you realize that too, it's like your own personal 4th of July!

What a beautiful, warm and insightful story! How fortunate to discover a parallel between superheroes and others with 'special' powers. Bravo!