This was my favorite shirt in the 2nd grade. I called it my "Lando Calrissian shirt" because it was flowy. The best part was only the top had a button, and the rest were snaps that could easily "rip open." You'll see why this was important. 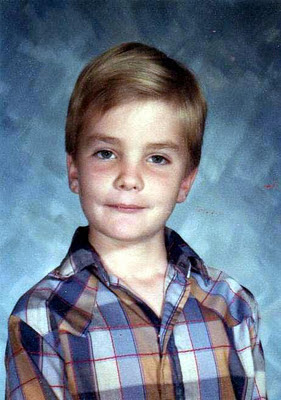 Back then, my best friend and I would play "Dukes of Hazzard" at recess. I was always Bo Duke, and my friend would have to rip my shirt open during fight scenes, because that's what happens to Bo.

When I got my butt kicked, I would make him play Daisy Duke to nurse me back to health.

Some boys came up one day and said we couldn't play like that, because Daisy was a girl. My friend decided we'd play with them, instead. One boy who didn't know how to properly "rip open" a snap-up shirt actually ripped my shirt.

He said he was sorry, but it was one of those fake apologies you say so you don't get in trouble. I had to sit in class the rest of the day in that ripped shirt, while other kids giggled and called me Daisy - despite the fact that I was clearly Bo.

When I told my mom how my shirt got ripped, she gave me one of those looks where I knew something had changed between us. Needless to say, she refused to get me another snap-up shirt.