This picture was, and still is, the real me. I have always been a record collector.
I am 59, African-American, and GAY. 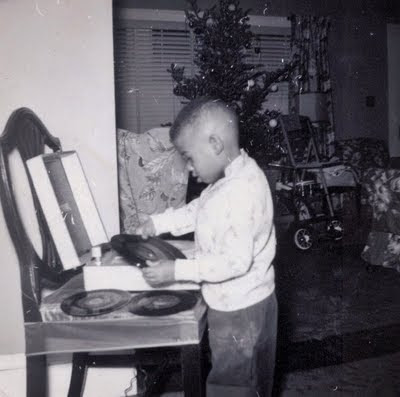 I was mostly OK until Kindergarten.

My teacher there told my father that I liked to play with the girls and their dolls. He told me, 'Boys do not play with dolls' and he did not like that at all. So, he taught me "boy stuff," like throwing a football.

The next trials came when I went to Junior High School. The other boys did not want me on their teams. I was called a sissy by most of them.

My 8th grade teacher asked me, 'Robert, are you a faggot?'

The other boys at that time called me "Rob-Butt" and there was also bullying and ridicule from the older, larger boys. So, I kept to myself. It wasn't as bad when I got to High School. Most of the boys had failed their classes, and I graduated at 17.

I told my parents that I am gay when I was 19. My father took it as a failure on his part. But I told him it had nothing to do with him. My mother thought I would grow out of it, but I have not. I have been out and proud since I was 19, and was even in the Marine Corps Reserve Program.

I think that it does get better, but I sure do hate it for the teens who need basic relationship advice , yet can't go to their parents because they happen to have a same sex relationship.

WOW ROBERT THIS IS AMAZING! I TOTALLY HAVE TO SHARE THIS WITH A FRIEND I HAVE AROUND YOUR AGE. THIS IS AMAZING AND I LOOOOOOOVE TO COLLECT MY MUSIC. THIS POST MADE ME SMILE A LOT.

Some of the things you dealt is so familiar to me, thanks for sharing!

So happy to read your statement. Thank you for sharing your story with us. You are absolutely right, it does get better!
What records are those on the record player in the photo? "Red Robin" records or maybe "Peter Pan" records?

Ohmigosh, what a horrible teacher! I can't beleive teachers could be like that EVER..Well, maybe :P