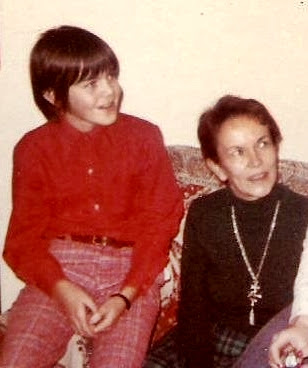 This picture shows me with my mother, in all our mid-70's sartorial splendor. From a very early age, there was always something "different" about me.

When playing games with other kids, I was usually given some type of female role.

If we played "Mission: Impossible," I was cast as Cinnamon Carter.

It was never forced upon me, or something pejorative, but rather a natural fit.

hi steve...greetings from lulu...i grew up in victoria as well...i'm 2 posts down from you here on "Born This Way"...hope your life is full of happiness and adventure these days...cheers, lulu