This is just a school photo of me. I really don’t have any photos depicting me in gay poses because I’ve never been even the slightest bit feminine. Well, one exception – I was 17 and working for my future brother-in-law at his gas station, and figured that gay guys should have SOMETHING feminine about them. So I grew my fingernails about a half-inch long. But they interfered with my work (mechanic – gas pump jockey), so I cut them off after a couple of months. 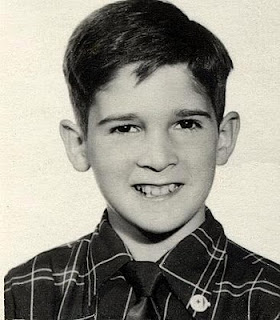 I was once a horse trainer, and at 22, one of the first guys I chased around was a younger stable boy. But I never did get him (dammit!).

From as far back as I can remember, I've always known that I was different. My interests in humans has always been directed toward men, although I didn’t know what a "fag" was until I got into school. I was always playing cars and trucks in the dirt like the other boys, and was never interested in "girlie" things.

But I REALLY liked all the wrestling we did as kids. I knew it made me aroused, but hadn't realized why at that point.

In 1st grade, I got the crap kicked out of me because some 3rd grader decided that he didn’t like the way I talked (I have a cleft palate – without the hair lip though). I decided then and there that the experience was so distasteful, to say the least, that I would NEVER allow that to happen again. I quickly learned how to take care of myself, and have never taken any crap from anyone for any reason since.

I eventually came out at 17 when my dad asked why I never brought my friends to the house. After I told him that it was because they were gay - and so was I - he didn’t speak to me for 3 weeks. Eventually, he ended up trying to fix me up with the son of one of his employees. I told him that I'd rather find my own dates.

I've always been interested in all things mechanical. I've worked as an ironworker, a car mechanic, and I'm now self-employed with a restaurant and cafeteria/cooking hood-cleaning business.

While I don't advertise being gay, I never steer away from an opportunity to educate the straight world that gay is who we are, and it's OK. This is the way God created us, and that they can either get over it - or spend their lives fuming about it. That is the only choice in the matter!

I've been blessed with supportive family and friends, most of whom are straight. I live in a small town of 3,500 in Arizona and live a completely open life here.

The only way my life could be any better (maybe), is if I won the Lottery.

I particularly loved your sharing the realization that you could be you - despite the stereotypes - and be gay and masculine and GREAT just as you are. That's a wonderful message to tell ourselves and the rest of the world. It's not about what "they" tell us being gay is... it's about who we authentically ARE!
Namaste,
Lee

I love your attitude. And, yes, there really is no masculine/feminine way to be--we just are what we are, wherever we happen to fall on that continuum. And *any* place on it is OK. Your stance really is inspirational.

my "non-femininity" kept me closeted for a long time. even though i clearly was attracted to men, i didn't fit the "stereo-type" of what gay was. it's great to hear you came to your realization early in life (and in a time when it was far more taboo than today)...i admire your courage.

it is my hope that "gay" becomes more broadly defined/accepted so that kids (and adults) can realize they are gay in their own way and there is a place for them in this world as that unique individual.

Your dad tried to hook you up with the son of one of his employees? I hope you realize how amazing a dad you had!