This picture represents how it all became clear to me at an early age. At age 5 I begged my family to  let me take ballet classes. Nijinsky was flying around on PBS television, giving me a crystal-clear vision of what I wanted my life to be: soaring, gorgeous, moving always and only to a dramatic soundtrack… and clad in tights. The response: “Little boys don’t take ballet.” 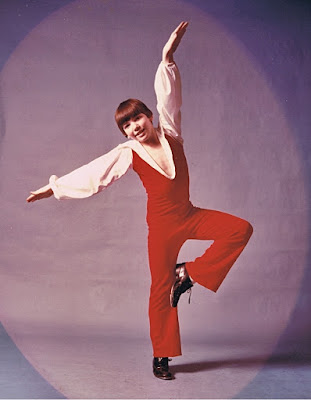 Thus was the first sharp realization in my life of the dissonance between what was possible and fabulous in the larger world (male ballet stars) and the alien world I inhabited.

I bookmark this event as the revelation of my “difference”.

But at the same time I knew – thank you PBS!!! - that the universe was on my side.

I immediately adopted the strategy of sneaking through the insanity undercover, to get whatever I could from it.


So I registered for tap-class, and took up the clarinet in order to round out an emulation of Gene Kelly. I proceeded to hound the teacher with choreography suggestions, for seven years.

Though ballet was over the line for my family, they nonetheless were extremely deferent to my faerie-child ways. Dolls, lipstick, dresses, showtunes, my obsessive impersonations of Paul Lynde and Charles Nelson-Riley -- even the behavioral extremity of my love at age 4 for my teenage cousin Kevin (poor thing!). I’m the youngest of 8 children, none of whom are stupid. I was protected. Blessed Be for that.

The Pink Panther was my first television boyfriend, and my romantic preference for Shaggy over Fred on “Scooby Doo” foreshadowed/established my lifelong frumpy-hippy-crazed heart. I also knew for a fact that “Batman’s” Robin (Burt Ward) was waiting for my hand in marriage as soon as we were old enough.

Isis and Wonder Woman perfectly encapsulated the powers and style I longed to embody. Frankly, they still do. Bring. On. The. Bracelets.

This picture is all sorts of amazing.

I wanted to dance as well but was not allowed, instead I had to take karate with my oder and younger brothers. And like you I was so in love with Robin. I still enjoy watching the old Batman TV show when it comes on just to see him again and remember those good days.

I did the Paul Lynde impression in junior high school too. Loved him. Life can still be difficult. 41 years old, a teacher, West Virginia. Not a really accepting place, but probably much better than it once was. Thanks for you moving essay!

Thank you for making my morning :)