James, age 4
Manila, Philippines (1988)
I was the only baby boy in the family, and I was raised well by my mother, my grandmother, and my five adorable aunts. I was never close to my dad. I never felt different then, but looking back at my photos, I can tell the evidence is really strong that I was indeed different. 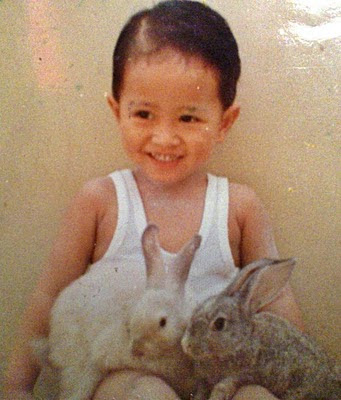 My aunts introduced me to Barbie dolls during this stage of my life - and I honestly enjoyed it. They even fixed my face several times, due to easy access to cosmetics, as my grandmother owns a beauty shop.

My mom and my aunts were a big fan of Madonna, and we listened to her songs together until I learned my first song ("True Blue"), and years later, "Like A Prayer".

They were all our gay icons.

In movies, I always loved watching Disney fairytale flicks, like "Little Mermaid" and "Snow White". I sang their songs in falsetto when I was younger. Yes, I sing like a girl. I was even a soprano when I was 6-years old in our school choir, and used the mermaid song "Part Of Your World" as an audition piece.

From then on, I was bullied by other boys my age for acting and singing like a girl. Which of course, I denied. Eventually, I came out of the closet at the age 16.

And back then, all those pop icons like Madonna are who I truly adored so much.