I think a was about 8 or 9 when I have realized I had feelings for men. I did not know at that time those feelings were of a sexual nature. But now that I recall my childhood fantasies, they couldn't have been gayer. 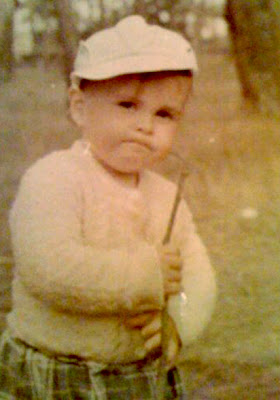 I have a sister, and we used to play Barbie dolls together, where we were best girl friends. I've always associated myself as a female character.

But I didn't connect that to my sexual orientation, or being gay.

Later in life I discovered I fell for boys instead of girls.

I dreamed about Brad Pitt and the Backstreet Boys, and listened to Barbra Streisand and Paula Abdul.

I was suffering from the feeling that I was the only "weirdo" who had these feelings for the same sex.


I was about 13 when I first saw a program about gay men on Russian television. I exhaled with joy to learn that I was not the only one.

I haven't found my love yet, despite having many boyfriends and endless blind dates and encounters. But, I know that I am not the weirdo I thought I was.

I am still very feminine and love to do girlie things.
I love cooking, cross dressing, make-up, gossip, and cute boys :)

Be who you are, because you were born this way, too.