Mark, age 8
Houston, TX (1967)
I grew up with a conservative, though not religious, Texas family. When I was 7, my mother caught me with a neighbor boy in my pup tent in our backyard one afternoon. We were unclothed and in full glory.  Awkward! 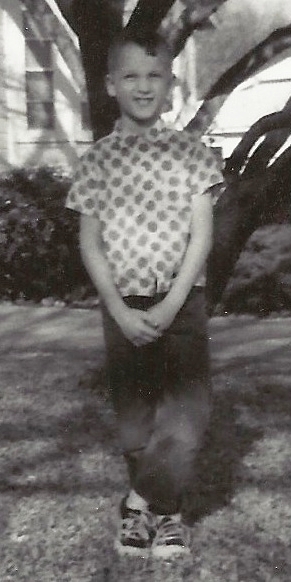 Afterward, my mother asked me about it. I don’t recall my answer, but clearly understood that she was quite concerned.

My mother never told my dad about that incident.

As far as I was concerned, what I was doing was totally natural. But I realized that I had to hide my activities.

I experimented with a string of neighbor boys until I was 14.
At that point, I realized I might get caught by the wrong person.

I had no idea I was gay yet. In my environment there was simply no word for it.

I wasn't effeminate, but was always small for my age. Perhaps the only reason I was never beaten up was because I loved masculine energy.


I played Army, built forts, often played in the mud, went skinny-dipping with friends, was an avid Cub and Boy Scout, and even a US Marine.

On the outside I was the quintessential boy, and enjoyed regular boy activities. Yet inside, something was always missing. What was missing, was coming out and acknowledging I was gay.

When my blond, attractive girlfriend failed to "make the gay go away" when I was 23, I dropped the pretense (and her), and went to a gay bar. I discovered it quite by accident, and it was located only a few blocks from where I lived at the time. I was out with a vengeance and rapidly made up for lost time.

After a couple of failed attempts at relationship building, I found my man.
We've been together since 1988, and got married in California 20 years later.

I opened up to my creative self and I'm a published novelist now, too.
And I love our gay life together here in Chicago.

What a great story. Everytime I read a story that I connect to, it turns out that he is married. Oh well, Congratulations.